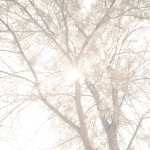 I was driving home tonight after hearing a popular Christian speaker, who at one point talked about becoming everything God has designed us to be. This entails believing who He is and what He says, and who I am, which led me down a rabbit hole of thoughts until I distinctly heard, “What is keeping you from believing God?”

So don’t quote me on this, all you math and science people, but I heard once that, mathematically speaking, there’s no such thing as “deceleration.” It’s actually represented in equations as negative acceleration: If you’re going faster and faster, the number is positive, and if you’re slowing down, the number is negative, but both numbers in the equations represent a change in speed. And you’re thinking, I didn’t come here for a math lesson… So the point:

There’s a man in the Bible who, when Jesus talked to him about his belief, honestly and wisely blurted out, “I do believe! Help me in my unbelief!” (That’s in Mark chapter 9). Now the unbelief here is in reference to Jesus, what he is capable of, who he is. But if the man didn’t believe one thing, it’s because he did, ever so subtly, believe something else.

So when Adam and Eve were in the garden, God basically told them, “All I have here is yours: All the food, the whole garden to enjoy, except just leave this one tree alone. But everything else, have at it!” And they were content for awhile to dwell there, believing God’s word that He had given them everything they needed.

And then there’s this snake.

He comes up to Eve and says, “Did God really…?” And she questions what God said. This isn’t necessarily a bad thing, she just has to stop and think. But the serpent keeps going, on and on about how this one tree is so great, and how important and special it is, and how God is withholding this from her, and how she’s missing out on something… The lies begin to creep in, clashing with the truth, and all Eve is doing so far is weighing these two opposing words, but now she has a choice to make: Who will she believe?

We all know how that turned out.

The point here is that she only began to disbelieve what God said when someone else started talking. The enemy whispered in her ear, just like he did to the man in Mark, just like he does to us: You don’t have what you need, God won’t come through for you, you can’t trust God… And there is a choice to make: Will you believe the fear, the shame, the past, the coworker or friend or family member or random stranger who said that thing? Because if you’re having trouble believing something God says, it’s because you believe something else—it’s a negative belief. If you’re not believing the truth, you’re believing a lie, and lies are all the enemy has. He can’t tell you who you are, but he can try to convince you of who you are not.

Believing what God says about who you are and what you’re capable of, even if you’re not entirely sure what that is yet, will cause an acceleration in you to live the story He wrote about you while He was still singing the stars into being. And God is immeasurably excited about you and your amazing story (because Amazing are the only stories God writes).

So: What is keeping you from believing God?

When Hope is Failing

Thomas gets a bad rap. He is known as that disciple who needed proof, who doubted and had not enough faith; in fact, you have been mildly insulted or chastised if anyone has ever called you a “Doubting Thomas.” Someone once told the story of Thomas in a way I had never heard before, and I have never forgotten it.

Thomas was in fact a devoted disciple, as much as the other disciples. It was Thomas who, upon the insistence of Jesus to go to Jerusalem for Lazarus, despite the Jewish leaders’ threats against him, voiced to the other disciples that they should go with him even to death (John 11:16). Thomas, like the other disciples, loved Jesus, and had given up everything to follow him: his family and friends, his security, his own will. Like the other disciples, and virtually every Jewish person in that day, he had a certain idea of how the Messiah was to fulfill the Scriptures. He believed Jesus to be this Messiah, and was more than willing to give up everything and follow him. He saw Jesus do miraculous things, including raise the dead; he heard him say things no one had ever said; he challenged the religious leaders, and loved those rejected by them. Thomas followed and believed Jesus for the years of his ministry, and was waiting for that day when the kingdom of Israel would be restored, and Jesus would be its King forever—

But then he died.

After Jesus was arrested in the garden, Thomas waited—as Jesus was tried, beaten, condemned and crucified, Thomas waited—for Jesus to do something miraculous. Thomas waited for him to call the legions of angels, to call upon God himself, to let him down from the cross and show the Romans, the Jewish leaders and all the people who he really was… but he didn’t. He died.

Days later, when the other disciples came and announced that they had seen Jesus alive, Thomas felt he couldn’t afford to hope in so great a thing, and determined he should see the Lord for himself before he ever believed again.

Now Thomas, one of the Twelve, called the Twin, was not with them when Jesus came. So the other disciples told him, “We have seen the Lord.” But he said to them, “Unless I see in his hands the mark of the nails, and place my finger into the mark of the nails, and place my hand into his side, I will never believe.” Eight days later, his disciples were inside again, and Thomas was with them. Although the doors were locked, Jesus came and stood among them and said, “Peace be with you.” Then he said to Thomas, “Put your finger here, and see my hands; and put out your hand, and place it in my side. Do not disbelieve, but believe.” Thomas answered him, “My Lord and my God!” Jesus said to him, “Have you believed because you have seen me? Blessed are those who have not seen and yet have believed.” (John 20:24-29 ESV)

The end of this passage is often quoted to chastise the doubting. After all the years Thomas had followed Jesus—known him, loved him, believed in him and given up everything for him—he died. Thomas’ heart and spirit were utterly broken, and he felt like he had nothing left—certainly not hope. It was out of despair that Thomas feared to believe in so great a thing as the resurrection of his beloved rabbi and savior. And it was out of compassion, and not condemnation, Jesus answered Thomas’ heart, because Jesus knew his heart.

Perhaps you’re in a place where you feel God has left you high and dry, where every promise of His you’ve ever believed has come to naught, and you feel you can’t trust to hope that anything will ever change for the better. Maybe you’re out upon the waters and your feet are failing, and you’re afraid to cry out to God, for fear or shame or downright despair. Remember it was He who called you out upon the waves, and whom you believed enough to go. You can cry out to Him, without fear of condemnation, “I believe! But help me in my unbelief!” Because God knows the heart can only take so much, He is always there to heal the cracks and wounds, to soften it, and to fill it and fill it again. He loves us always, always believes in us that we are and can become more of the person He made us to be. When your eyes have been on the waves so long that you’ve forgotten His love, He will not hesitate to show it to you again, and to embrace you with those hands that bear the scars of it. So do not disbelieve, but believe.

^ This video is here on purpose, enjoy! ^